In the great mosaic of the integration of the state and the European future, the Albanian citizens of North Macedonia, although aware of the sensitivity of the dispute with Bulgaria, which is of identity and culture, in their eyes saw only the light of the historical moment, which will enable North Macedonia to finally resolve bilateral disputes and have an open path to full integration into the great European family.

The actors of the Albanian public sphere, starting from the parties, regardless of whether they are from the government or the opposition, unanimously and unconditionally welcomed the French proposal as the only way to unlock the process of European integration, namely the opening of talks between North Macedonia and the EU. In all their statements, they emphasized that the country’s European path has no other alternative. In sync with this European horizon, they see the French proposal as a good basis for resolving the dispute between North Macedonia and Bulgaria, after all those deadlocks and clashes of the opposite poles that affected the historical and identity issues of the Macedonian people. A good base, which maintains the geostrategic positions of the country, which are in full synchronization with the United States and the European Union.

This is considered as the last obstacle for opening the European perspective, especially after the name change with the Prespa Agreement, which was also considered a great challenge, but was supported not only by the Albanian citizens of North Macedonia, but by every citizen who had real sensitivity about the country’s journey towards Euro-Atlantic integrations.

In both cases there were very good opportunities to find a solution earlier with the support of the international factor and to speed up the integration process. But during the 30 years of North Macedonia’s existence, the political elites calculated with dogmas to preserve the longevity of the government; there was a dogmatic approach and a folklore narrative to avoid these solutions, which were rational compromises.

In the first dispute, the ethnic Albanians were more involved, because it was about the legal-state dimension. In the case of Bulgaria, the ethnic Albanians were fully aware of the cultural-identity clash that did not define them as an Albanian identity, and because of this, all the actors of political and social life were careful in their statements. But in the entire complicated context, the political and social stakeholders of the Albanian space took into account that this proposal is the last train of Europe, while the trends of the departure of young people and other age groups in the direction of any country of the European Union always became more and more alarming. In the second dispute with the neighboring country Bulgaria, the Albanians were more indifferent, but also with a strong understanding towards their fellow Macedonians, because the context was cultural and identity. Almost all actors of public life, but also civil society and citizens showed a deep understanding of identity issues with all their complexity.

From this point of view, removing the veto and obtaining a date for the European Union is an opportunity to fight against social depression, while the neighboring countries with subsequent vetoes have caused an impasse. We remember the period of Gruevski, when the country took a path of no return and there was a need for comprehensive social reflection and union beyond ethnic and ideological colors to return the country to the paths of the European road.

The ideological return to antiquity, through the policies promoted by former Prime Minister Gruevski, prevented the resolution of the name problem for more than a decade, which delayed the country’s membership in NATO and closed the way to negotiations with the EU. It took a lot of political movements, towards a strong international commitment, but also a very big commitment of other progressive social actors, for North Macedonia to get out of that populist dogma.

In this whole situation, the Albanian political factor played a constructive role, putting the geostrategic position of North Macedonia first and offering a rational solution with the international community in terms of solving the name problem.

These political impasses have already created social depression among the citizens, which, among other things, had and still has the price of young people leaving for Europe. These situations hit harder the hope of young people, who aim to create a synergy between European values and well-being.

Regardless of the “sins” that the governments after Gruevski may have, which did not use all the potential capacity for a large-scale European transposition of the country, it cannot be denied that there was a great will for the European path; parallel to the people’s will for legal punishment of the corrupt. So, it was a political moment, in which the citizens of the Republic of North Macedonia began to look at common problems, not cultural and ethnic differences, in their own prism. The Albanian political factor intends to play the same role with neighboring Bulgaria, putting the integration process above everything, but in no way wanting to disrupt the cultural and identity plan of fellow Macedonians.

Seeing the European and pro-Western orientation as an indisputable and unique alternative, the security provided by the countries of Europe and the United States of America as the main allies of North Macedonia for this solution gave great credibility to this document, perhaps the main argument for the reception of the historic turn towards the EU.

Thus, they believe in the concept of Europe and Western values, where the diversity of cultures and languages is an added value to this European paradigm. These circumstances of great disputes on the opposite fields, of course, require rational compromises, mean a new scene for perceiving the reality in the context of the great dream of every Balkan people, that apart from the whole universe of diversity, the common denominator was the European journey to full integration in this Union.

The Albanian ethnic community in all cases feels the anti-European narratives as dangerous. It sees these narratives as anachronistic and dangerous for the existence and journey of North Macedonia in Europe of values, especially the narratives when some political parties, like Levica (The Left), have degraded them into anti-European, anti-American discourses and in some cases that try to cause inter-ethnic intolerance.

So, to break it down from a more acceptable point of view, the Albanian citizens, as a content and a collective reflex, saw this solution more or less similar to what the government parties had, that of a rational compromise with Sofia. A rational compromise that must be made in order to maintain geostrategic positions and avoid further delays, but in no case was there a lack of understanding to recognize other co-existing cultures.

The Democratic Union for Integration (DUI), as the largest party of the Albanian camp and the winner of all parliamentary election cycles, as part of the Kovacevski government, assessed that the rejection of the French proposal would have consequences for North Macedonia, as the Bulgarian side could again dispute issues related to Macedonian identity.

Together with DPA and Alternativa as part of the government, synchronizing with the government partner SDUM (SDSM), who insisted that neither the language nor the Macedonian identity is endangered by this proposal, they played a role in creating a positive spirit for this proposal, always seeing it as a historic moment for the country, because this proposal opens the doors for the integration of the country. Even the Albanian opposition parties AA and Besa Movement see the French proposal as a positive solution to unblock the country on the integration path.

All Albanian parties had an impulse from the Albanian voter of North Macedonia to have a positive approach to the French proposal as overcoming the last obstacle on the path of integration. Analysts and other participants in public life had similar thinking; all actors from the public sphere supported the French proposal.

After this whole social and political process, the French proposal was approved in the parliament, while North Macedonia opened negotiations with the EU in two phases, as defined by this proposal and which means opening the Constitution and including the Bulgarians in it. The Albanian political spectrum, the actors of public life and the thinking of the Albanian citizen regarding the future challenges of this process will continue to be the same, positive with enthusiasm for obtaining a date for integration in the European Union, always with trust in the USA and in European partners as security in the continuity of the process and preservation of the integrity of North Macedonia.

Thus, with the adoption of the date for the integration of North Macedonia into the EU, Albanian citizens believe in the concept and spirit of preserving human dignity and cultural diversity of this union. Albanian citizens, all actors of public life, always see compromises as rational and positive in the function of the integration process and ultimately in the function of the full membership of North Macedonia in the EU. 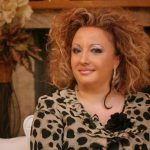 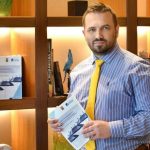 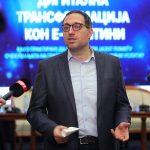