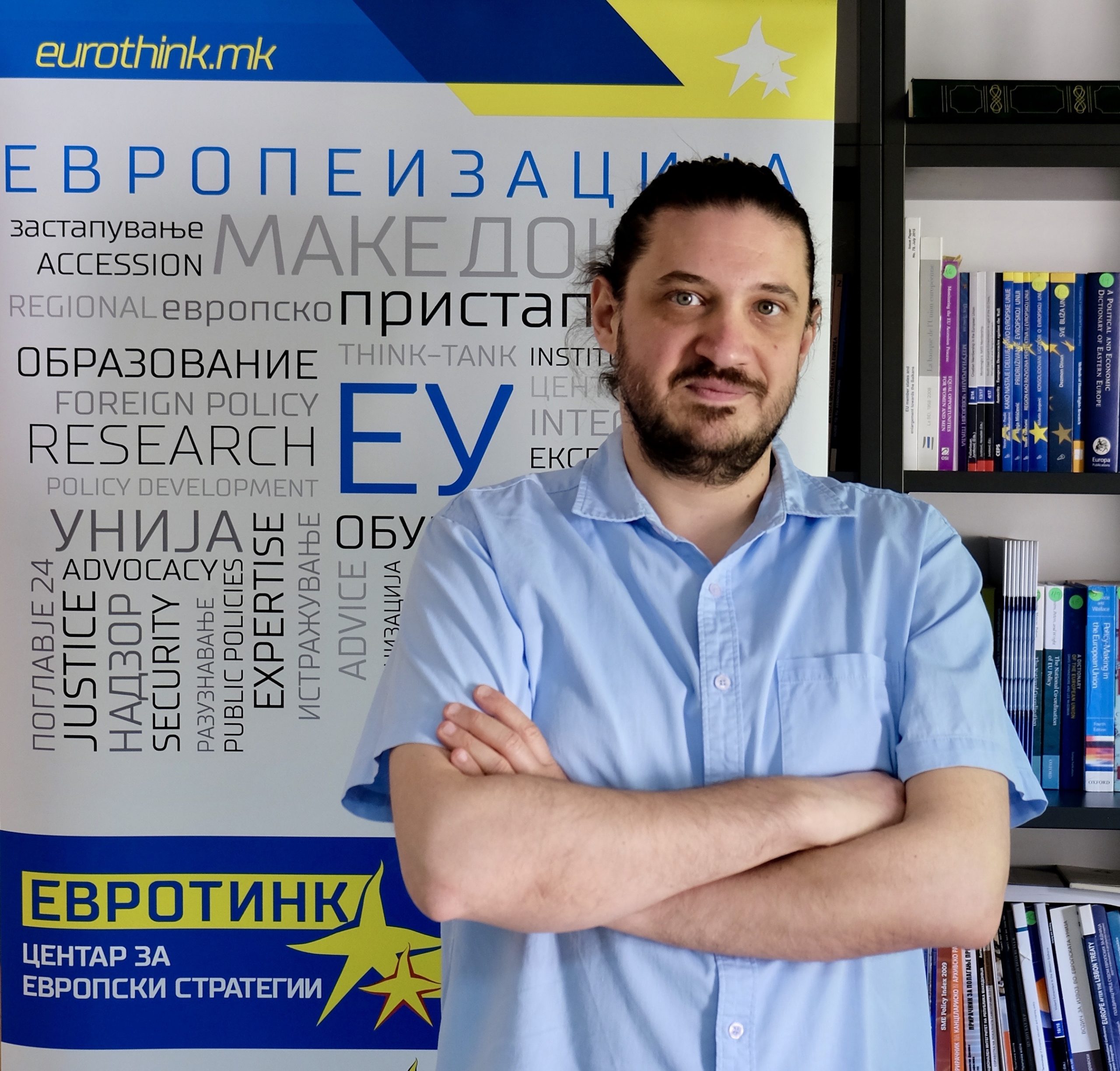 Dimitar Nikolovski is the Executive Director of the Center for European Strategies-Eurothink. He furthermore acts as the External Associate of the Institute for Advanced Studies Kőszeg in Hungary. He is enrolled in a PhD program at the Polish Academy of Sciences in Warsaw, Poland with a research focus on populism and civil society in South-Eastern Europe. He holds a BA in Political Science from the Ss. Cyril and Methodius University of Skopje, Faculty of Law, Iustinianus Primus, MA in Political Science from the Central European University in Budapest, and an MA in Human Rights and Democracy from the University of Sarajevo and University of Bologna.He acquired a vast research experience by working as a researcher in several think-tank organizations in North Macedonia and Bosnia and Herzegovina. His research interests are in the field of civic activism in Central and Eastern Europe and its relations with some of the latest, contemporary topics such as European integrations, democratic backsliding, migration, as well as right-wing populism and extremism in Europe.